Two articles authored by members of our lab are appearing in the March 2013 issue of Ecosphere, a relatively new on-line only and open-access journal published by the Ecological Society of America.

The first article, led by CEE graduate student and Caylor Lab member Kaiyu Guan, uses both optical and microwave remote sensing to investigate the seasonality of vegetation canopy structure and function in three distinct tropical African forest types. Kaiyu’s results reveal differential couplings between canopy structure and function in tropical forests which highlights the differences inherent in distinct vegetation types within the tropics that may originate in the different life histories of their respective floras. 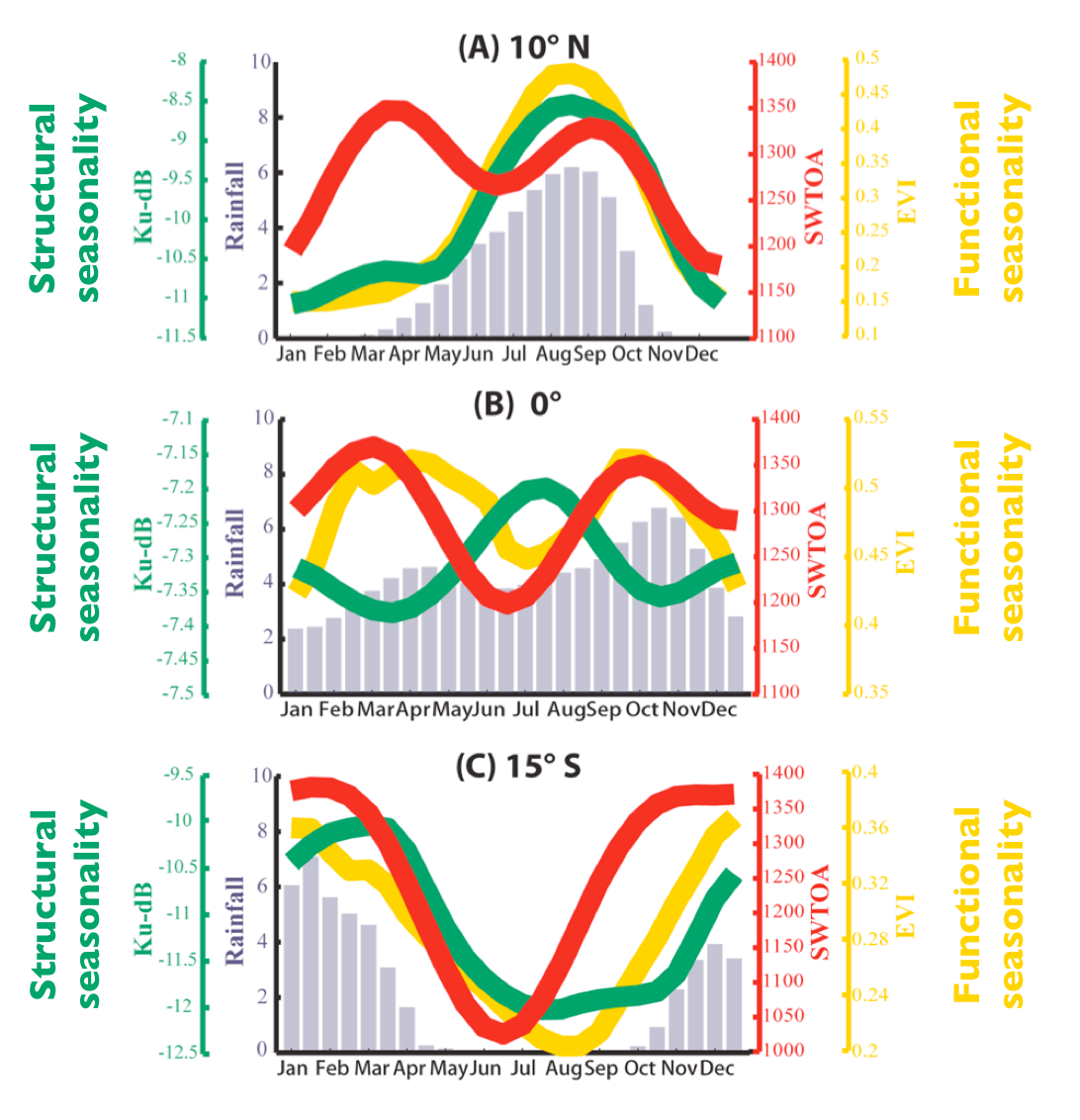 This figure depicts how seasonal patterns of structure (green lines, which depict biomass changes) and functional (yellow lines, which depict photosynthetic capacity) vary in response to light (red line, which depicts solar radiation at the top of the atmosphere) and water availability (grey bars, which depict rainfall amounts in 2-week increments) across a latitudinal gradient of African tropical forests from 10 degrees North (A) through the equator (B) to 10 degrees south (C). While all three regions are “tropical”, it’s clear that water availability strongly influences both structure and function even in areas where tropical forests are usually thought to be nutrient limited (eg. panels A and C). In addition, the seasonal variability in both structure and function of forests is smaller in at the equator and driven primarily by changes in seasonal radiation rather than rainfall.

The research was a truly interdisciplinary effort. It was co-authored by Adam Wolf (Princeton, EEB), David Medvigy (Princeton, GEO), Kelly, Ming Pan, and Eric Wood (all in Princeton, CEE).