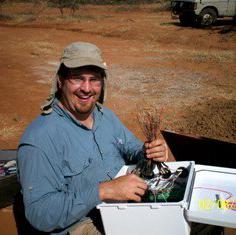 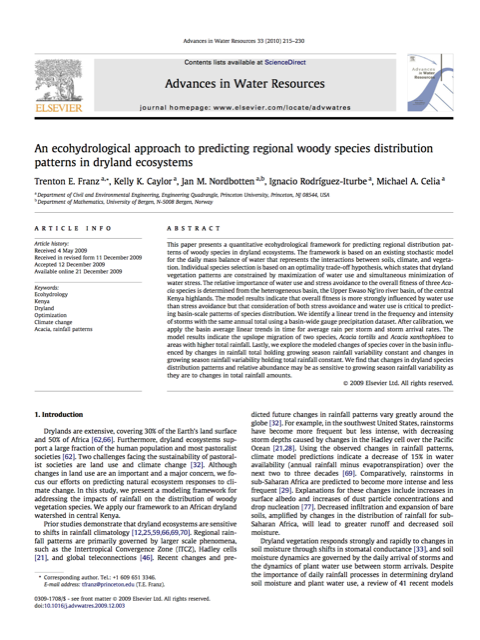 This paper presents a quantitative ecohydrological framework for predicting regional distribution patterns of woody species in dryland ecosystems. The framework is based on an existing stochastic model for the daily mass balance of water that represents the interactions between soils, climate, and vegetation. Individual species selection is based on an optimality trade-off hypothesis, which states that dryland vegetation patterns are constrained by maximization of water use and simultaneous minimization of water stress.

The relative importance of water use and stress avoidance to the overall fitness of three Acacia species is determined from the heterogeneous basin, the Upper Ewaso Ng’iro river basin, of the central Kenya highlands. The model results indicate that overall fitness is more strongly influenced by water use than stress avoidance but that consideration of both stress avoidance and water use is critical to predicting basin-scale patterns of species distribution. We identify a linear trend in the frequency and intensity of storms with the same annual total using a basin-wide gauge precipitation dataset. After calibration, we apply the basin average linear trends in time for average rain per storm and storm arrival rates.