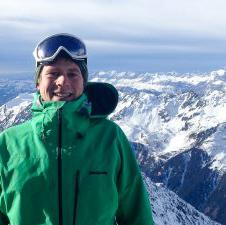 Cascade Tuholske finished his PhD in Geography from the University of California, Santa Barbara in 2020. He is now a Earth Institute Postdoctoral Research Scientist at Columbia University. His current research explores the intersection of urban population growth and extrem heat events across the planet.

Cascade’s dissertation focused on urbanization, cliamte change, and food security in Sub-Saharan Africa. Funded as a U.S. Borlaug Fellow in Global Food Security, his first assessed household-level socioeconomic predictors of food consumption and expenditures within Accra, Ghana, and Lusaka, Zambia, with the goal to understand urban food security challenges in Sub-Saharan African cities. Second, he integrated demographic and remote-sensed data to understand how climate change may be driving urbanization in Sub-Saharan Africa. His final chapter measured and mapped trajectories of urban population exposure to extreme heat events for more than 13,000 cities on the planet.

Prior to graduate school, Cascade taught English in four countries, including as a Fulbright Scholar in Bulgaria, worked in the U.S. Senate, and organized grassroots campaigns in his native Montana. He received in MA in Geograpghy from 2016 and BA in International Affairs from the George Washington University in 2010.