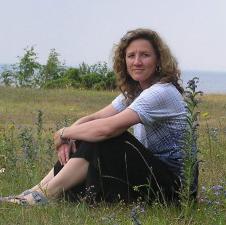 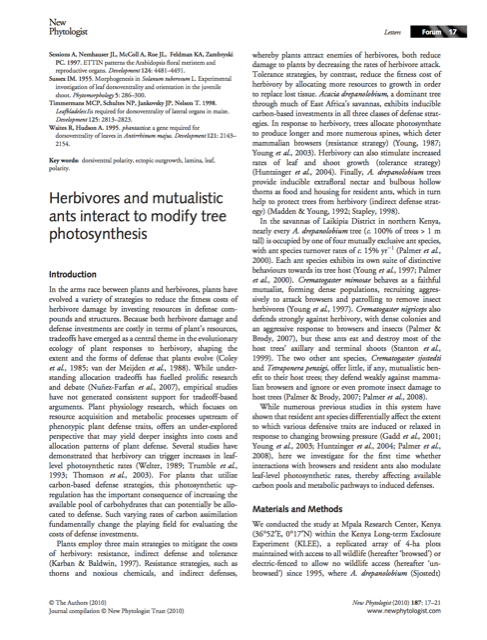 In the arms race between plants and herbivores, plants have evolved a variety of strategies to reduce the fitness costs of herbivore damage by investing resources in defense compounds and structures. Because both herbivore damage and defense investments are costly in terms of plant’s resources, tradeoffs have emerged as a central theme in the evolutionary ecology of plant responses to herbivory, shaping the extent and the forms of defense that plants evolve (Coley et al., 1985; van der Meijden et al., 1988). Several studies have demonstrated that herbivory can trigger increases in leaf-level photosynthetic rates (Welter, 1989; Trumble et al., 1993; Thomson et al., 2003). For plants that utilize carbon-based defense strategies, this photosynthetic up-regulation has the important consequence of increasing the available pool of carbohydrates that can potentially be allocated to defense. Such varying rates of carbon assimilation fundamentally change the playing field for evaluating the costs of defense investments. Here we investigate for the first time whether interactions with browsers and resident ants also modulate leaf-level photosynthetic rates, thereby affecting available carbon pools and metabolic pathways to induced defenses. The key finding of this study is that A. drepanolobium trees exhibit elevated photosynthetic rates in response to browsing only when occupied by strongly mutualistic ants. We discuss key implications of this novel result in the context of previous studies of defense expression in this system, as well as studies of induced variation in photosynthetic rates in other systems.