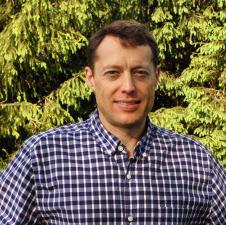 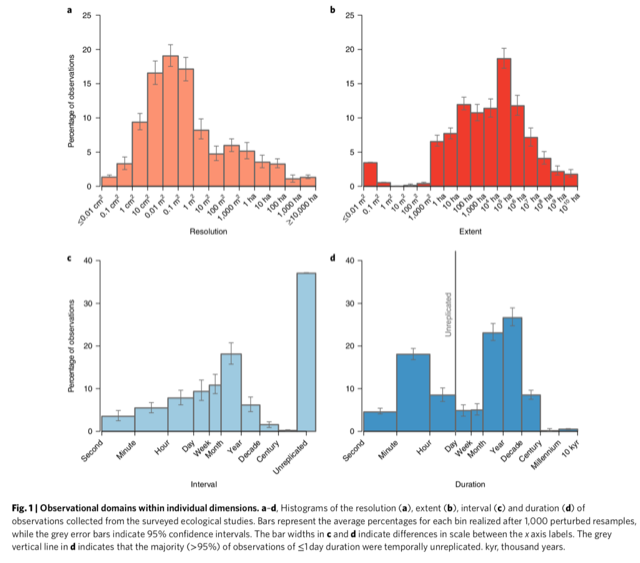 Abstract:To understand ecological phenomena, it is necessary to observe their behaviour across multiple spatial and temporal scales. Since this need was first highlighted in the 1980s, technology has opened previously inaccessible scales to observation. To help to determine whether there have been corresponding changes in the scales observed by modern ecologists, we analysed the resolution, extent, interval and duration of observations (excluding experiments) in 348 studies that have been published between 2004 and 2014. We found that observational scales were generally narrow, because ecologists still primarily use conventional field techniques. In the spatial domain, most observations had resolutions ≤1 m2 and extents ≤10,000 ha. In the temporal domain, most observations were either unreplicated or infrequently repeated (>1 month interval) and ≤1 year in duration. Compared with studies conducted before 2004, observational durations and resolutions appear largely unchanged, but intervals have become finer and extents larger. We also found a large gulf between the scales at which phenomena are actually observed and the scales those observations ostensibly represent, raising concerns about observational comprehensiveness. Furthermore, most studies did not clearly report scale, suggesting that it remains a minor concern. Ecologists can better understand the scales represented by observations by incorporating autocorrelation measures, while journals can promote attentiveness to scale by implementing scale-reporting standards.