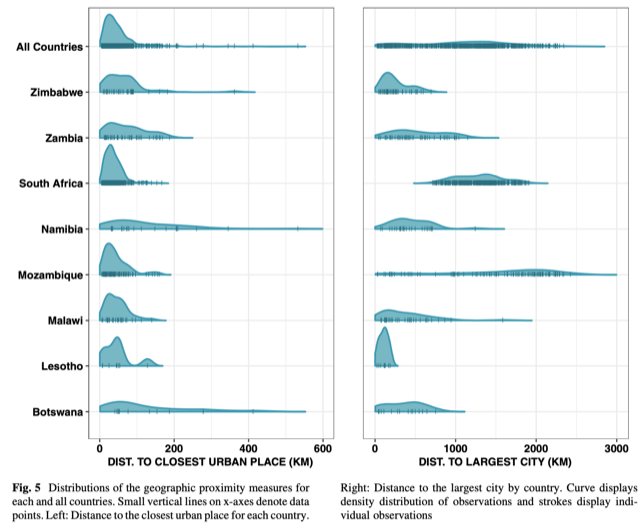 Abstract:Context Two-fifths of Africans reside in urban areas with populations of less than 250,000. Projections estimate that by 2050 an additional one billion people will live in urban areas, causing an acceleration of growth for these smaller urban areas. While research and development have focused on primary cities with large populations, less is known about the dynamics of urban growth in smaller, “secondary” urban areas (SUA’s).

Objectives We document the spatial distribution and temporal patterns of SUA’s in eight countries across Southern Africa between 1975 and 2015. We further explore the relationships between SUA’s growth rates and climate, land use and geographic proximity to other urban areas.

Methods Our analysis integrates spatially explicit gridded population, land use, infrastructure and climate datasets. We use descriptive statistics and spatial lag and ordinary least squares regression models to quantify SUA growth rates across three periods and explore factors that are associated with the SUA growth patterns.

Results Average SUA growth rates are 2.44% between 1975 and 1990. We show that the climate, distance and land use significantly relate to urbanization trajectories. In addition, we find that the proximity of SUA to the largest cities also significantly relates to urban growth.

Conclusions Our results highlight the importance of SUA’s within broader African urbanization trends. SUA are undergoing rapid population changes and are important components of economic development processes and livelihoods. Quantifying patterns of SUA urbanization is important for elevating these small but critically important urban areas into the broader context of sustainable urbanization in Africa.