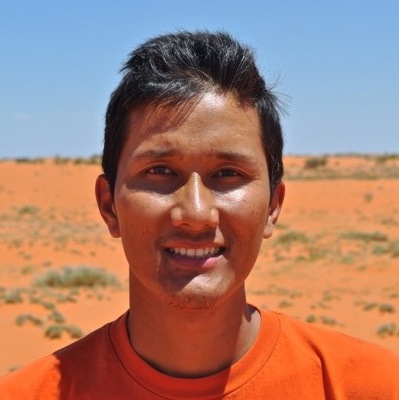 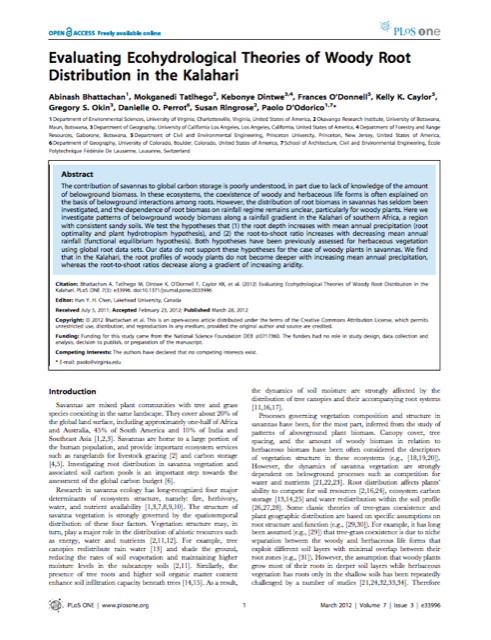 The contribution of savannas to global carbon storage is poorly understood, in part due to lack of knowledge of the amount of belowground biomass. In these ecosystems, the coexistence of woody and herbaceous life forms is often explained on the basis of belowground interactions among roots. However, the distribution of root biomass in savannas has seldom been investigated, and the dependence of root biomass on rainfall regime remains unclear, particularly for woody plants. Here we investigate patterns of belowground woody biomass along a rainfall gradient in the Kalahari of southern Africa, a region with consistent sandy soils. We test the hypotheses that (1) the root depth increases with mean annual precipitation (root optimality and plant hydrotropism hypothesis), and (2) the root-to-shoot ratio increases with decreasing mean annual rainfall (functional equilibrium hypothesis). Both hypotheses have been previously assessed for herbaceous vegetation using global root data sets. Our data do not support these hypotheses for the case of woody plants in savannas. We find that in the Kalahari, the root profiles of woody plants do not become deeper with increasing mean annual precipitation, whereas the root-to-shoot ratios decrease along a gradient of increasing aridity.